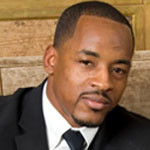 Rashied Davis, born in Los Angeles, CA, has been shaped by many people and events. Judy, his God-praising mother, taught him how to survive with the basics of life; food, shelter and safety. After his dad was killed by gun-wielding teen, his mother struggled daily to care for her children but she stayed the course. His aunt Bertha offered up a giant slice of discipline, faith, and making choices to always doing the right thing. Through these strong women, Rashied learned core values that would continue to shape his entire life.

Education also served to shape Rashied’s path. Elementary school teachers instilled the gift of literacy which paved the way to West Los Angeles Junior College and ultimately San Jose State University where he excelled as a student and athlete. As a junior at SJSU, Rashied led the team as a wide receiver with a record-setting average of 19.6 yards per catch.

In 2002, Rashied began playing as a wide receiver and cornerback in arena football with the San Jose SaberCats. His time with the SaberCats shaped and prepared him for greater athletic proficiency. By 2005 he had quite a list of accomplishments with 1,785 all-purpose yards, 44 touchdowns, 264 points as a return specialist and wide receiver. That earned him recognition as the team’s most valuable player and offensive player of the year. Rashied ventured into the NFL and was signed by the Chicago Bears in 2005. He proved his athletic ability in the 2006 season with a 100-yard touchdown return in pre-season. During the same season, Rashied gathered 303 yards for two touchdowns on 22 receptions.

Rashied’s adult life continues to be shaped by his diligent and devoted wife, Dianna. Also taught the values of hard work, discipline, education and athletics, she understands the power of sacrifice and has been committed to supporting Rashied’s dreams. They have a daughter, Alanna and a son, Eli. Together, Rashied and Dianna dedicate their time to Rashied Davis Charities. They created Saturday Place which teaches students how to overcome obstacles to success through inspiration, preparation and discipline. The key that opens the door to their mission is literacy intervention. As you can see, there’s more to Rashied Davis than just athletics. As he puts it, “Football is what I do, it’s not who I am.” 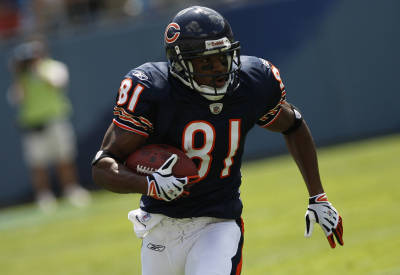